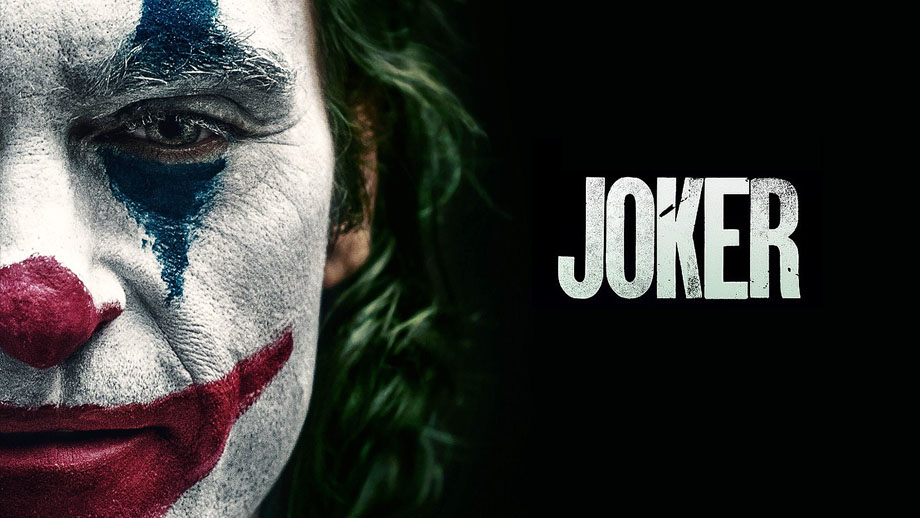 Critics have become the print equivalent of the boy who cried wolf; the amount of times they’ve declared a movie a “classic”, we the public have no idea if we should believe them or not. As usual, there’s been lots of hype leading up to the release of Joker, and the main focus of the film’s marketing was to make potential viewers aware of all the five star reviews. Every time a bus drove past, every time I walked by a billboard over the last month, it was drummed into me that Joker is an “instant classic”, “the film of the year”, “a masterpiece”, and “gloriously daring”. I’ve lost count of the amount of times that quotes and stars plastered over a movie poster turned out to be nothing more than a profit-making ploy, but thankfully, in this case, critics aren’t overrating this film. This isn’t your typical pre-release hype, Joker actually deserves all the acclaim it has received and continues to receive (although I would stop short of calling it “daring” – more on that later).

Joker isn’t your regular comic book movie but unless you live under a rock, you know that already. If like me you’re sick to death of all the meaningless, overtly-commercialised, sequel-creating comic book adaptations, then this is the movie for you. There have of course been a few occasions where a critic has described a comic book movie as “refreshing” and “unique” but more often than not, the critic is someone who’s easily pleased and the film in question isn’t at all fresh. I for example, wasn’t convinced of Logan despite all the furore about how it’s a Western disguised as an X-Men movie. Joker is something altogether different, you can enjoy it whether you relish or despise comic books. This film takes what Christopher Nolan did with Batman Begins (offer you a believable real-life scenario as to why a comic book character would do what they do) and does one better; it takes the concept of a real-world superhero/supervillain and gives it grit and realism on a level never attempted before.

Joker is set in an early 1980s Gotham, it’s completely bleak but it’s realistic (imagine pre-gentrified New York with derelict buildings and street gangs – basically the Big Apple’s heyday). This location serves as the backdrop to the Joker’s back story (real name Arthur Fleck) a clown who has aspirations of being a stand-up comedian but who hasn’t the typical “talents” in order to make it (think the plot of The Rebel translated to an American drama-thriller). Fleck is beaten-up, bullied, mocked, and all the while he has to navigate through the obstacles of life including looking after his ageing mother. Arthur sees an impassive social worker, he has a neurological condition whereby he laughs at inappropriate occasions, he carries a card which explains his medical situation but people are apathetic to his illness. I won’t say much else as it spoils the film, safe to say that his upbringing (or lack thereof) is directly responsible for his persona and his personality.

In today’s society where many doctors, nurses, and social workers do the bare minimum, where the public pretends to care about mental health but simultaneously revel in laughing at the “weirdos” on talent shows, where we place too much value on celebrities and care little about the socially or economically disadvantaged, this kind of story-line is completely relevant. We live in a world where people walk over the homeless to take a selfie, we see economic and class-based hierarchy but we do little to change it, and in this kind of fucked-up environment, this film is exactly what’s needed. Joker takes topics such as the clinical care system, the social care system, mental health, suicide, fame and the notion of celebrity, nihilism, misanthropy, the class rift, austerity, wealth disparity, mass shooters and terrorists and wraps it up into a completely plausible story that’s grounded in reality. Yes, it’s set in the fictitious Gotham but it could be any city, it could be any time, and the characters could be your friends, family, they could be you. Whereas Nolan’s Batman origin story didn’t stray too far from the archetypal “blockbuster”, this movie doesn’t at any point become a big-budget comic book adaptation with huge action set-pieces, it instead has the aesthetics of something like A Walk Among The Tombstones or DC’s The Kitchen with a plot that melds together The King Of Comedy, One Hour Photo, Falling Down, Star Time, and The Sniper into a beautifully crafted, brilliantly acted drama; a character study of someone failed by everybody around them. The Joker is a product of his environment, and the city and people that turned a blind eye to his welfare all helped create the monster they deserve.

Thinking back to the comic, the Joker started off life as a sadistic psychopath, a serial killer, and a terrorist. He’s had some changes over the years, namely the cartoonish depiction during the 1950s and 1960s (specifically in the Batman television series). Jack Nicholson and Heath Ledger (let’s ignore Jared Leto) took the character back to its darker origins and the latest Joker is the darkest yet. This film however, isn’t taking the Joker back to its horror origins (namely the scary grin from The Man Who Laughs which inspired his look) it instead gives a neurological reasoning for his laughter, it gives a back story to his appearance, the films even acts as an origin story for Bruce Wayne becoming Batman (with his father Thomas Wayne depicted as a rich asshole – a great deviation from Nolan’s idealised wealthy philanthropist).

I’ve read a few reviews saying that this film provides sympathy to mass shooters and gives credence to incels (I had to look “incel” up and now that I have it makes absolutely no sense to compare that group to Arthur Fleck). These critics are exactly the kind of people that are creating the artistic lull we’re all currently enduring. Everything that isn’t completely straight-laced and conventional is labelled “risky” and because of that type of stupidity, art and popular culture is in the doldrums. Because of the so-called message of this film, critics think Joker is in some way dangerous, that it glorifies a certain type of personality. Ironically, it was the reactionary Comics Code Authority that back in the 1950s watered-down the Joker after the moronic public similarly blamed comic books for a rise in violence (cue the mass burnings) and it was directly because of that that we ended up with the sanitised and camp Batman TV show in the 1960s. And are we to forget that it was the completely disappointing third outing for Christopher Nolan’s Batman (The Dark Knight Rises – that didn’t have much to say politically) that allegedly produced an actual mass-shooter. The reality is: a disturbed person is a disturbed person, a film isn’t going to create one. Can critics calm the f down?

Ignoring these insular and narrow-minded critics, Joker is in no way “dangerous” or “daring”. If you think of the stereotype of the “lone weirdo” – a man who lives with their mother, has no sexual or loving relationship with someone of the opposite sex, has no friends – this film doesn’t stray away from that cliché. If you think of Psycho which essentially told the viewer that mama’s boys are psychotics, what’s really changed here? Nothing. One Hour Photo actually turned this convention on its head but Joker sticks firmly to the stereotype of the “nutjob”.

The casting actually helps a lot with the overall message and how it’s conveyed. This movie could easily have become an apology for mass shooters; it could have upheld the idea that white, male terrorists are mentally-ill lone wolves. Thanks to Joaquin Phoenix, this isn’t the case and the fact that there are other races and sexes surrounding the central character, this makes the point of view firmly about the down-trodden and disenfranchised regardless of the demographic they represent.

Given the uncomplicated plot of revenge, I don’t understand all the online “theories” about this movie; Joker is the most straightforward film in recent years. All we’re doing is delving into the psych of a suicidal person on the peripheries of the media (which by the way, is done much better here than in the biographical drama Christine which tackled Christine Chubbuck’s on-air suicide).

Considering the overall story, this film could have been a depressing or drab drama but Joker doesn’t look like a small Indie film and like I’ve already said, it doesn’t resemble a typical DC superhero film either. It very carefully walks a fine-line of drama and thrills, violence and sorrow, enough to please comic fanboys and general cinemagoers. There’s also some funny moments here and there, one scene in particular involves a gun falling out of a trouser leg mid-performance and if you take Arthur Fleck’s stand-up routine as an alternative comedy set, his style is actually quite amusing. A stand-up who laughs constantly, it’s like Ken Goodwin meets Tommy Cooper. His routine would go down very well here in the UK.

It’s not just the two Martin Scorsese films (The King Of Comedy and Taxi Driver) that this film owes its genesis to, films such as Tony Manero, the aforementioned Falling Down and Psycho have all tried to explore “deranged” people. I recall the scene in The Sniper (1952) where the central character tries to contact his shrink, burning his own hand to stop the urge to kill, and Star Time (1992) linking being infamous with being famous, even some of the sentiments about the evil “modern world” are shared with John Doe from Se7en (1995). Joker accompanies these great films and adds to them, and much of that is down to Joaquin Phoenix who delivers a stunning and indelible performance.

With such standout acting by the lead, there’s talks of an Oscar nomination for Joaquin Phoenix (although Hustlers had similar rumours regarding Jennifer Lopez). Joaquin gives such a sympathetic performance that an Academy Award is for once warranted. Phoenix perfectly plays Joker; he cries and laughs at the same time and makes the audience do the same, it’s like watching Charlie Chaplin playing Karl Childers in Sling Blade.

Who thought that the director of The Hangover Trilogy (as well as the terrible Old School, Starsky & Hutch, and Due Date) and the writer of 8 Mile could bring us an emotional character study of a psychopath? Well, they have, and whether this is a fluke or not, Joker is a mesmerising film. Todd Philips and Scott Silver have created not only a classic stand-alone film but the best origin story of any comic book adaptation.

What I can unfortunately foresee given the critical (and probably financial) success of this flick, is that Joker will spawn multiple “ultra real-life” comic book movies. I can just picture some fat, balding, cigar-smoking, soulless, money-grabbing Hollywood executive asking for “more Jokers”. And given this film, it would be completely apposite if someone shot that motherfucker in the head.