What Went Right With… Vacation In Hell by Flatbush Zombies? 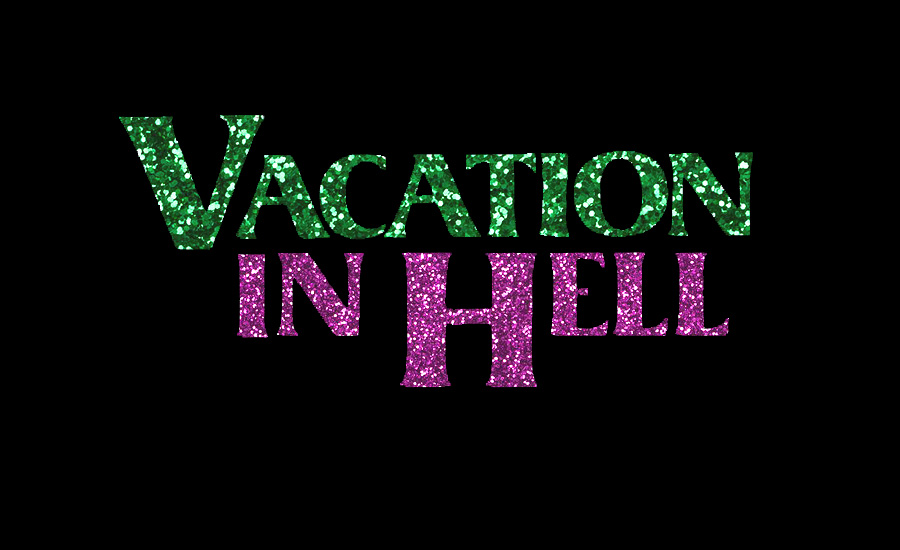 It’s been just over two years since the Flatbush Zombies released their great yet underrated debut album, so it’s about time we heard some more music from everybody’s favourite psychedelic trio. The Zombies’ sophomore album Vacation In Hell is a hefty release, following on from their previous 12-track album, this 19-song LP feels much meatier, much more dense, but in some ways that means more to digest and unfortunately after listening to it, you feel like you’ve been over-fed.

The main difference with this follow-up album is the fact that the acid-tripping, horrorcore-esque band are now trying to move away from their regular “hardcore” sound, at least for a handful of songs. But, the way in which this is done, Vacation In Hell comes off as disjointed and slightly muddled. Whereas their previous album was sure of itself, this LP wavers between material intended to satisfy their core fanbase and other content intended (I assume) to attract a wider audience.

The album starts strong with the song “HELL-O” which contains thumping bass, heavy drum hits, and barks. As soon as Meechy raps over an 80s horror movie-style synth, you think to yourself, this is going to be one mean journey. When the line “Fuck that mrr, prr, Mumble Rap” is spoken, you think to yourself; “these three dudes are going to shun the mainstream” but regrettably that doesn’t happen.

That’s not to say that Vacation In Hell is mediocre or mundane in any way, there’s some great tracks here but the LP see-saws between styles so much that at times you wish they’d have released two separate albums.

Production-wise there’s some awesome sounds on this LP; “Proxies” contains some operatic vocals and “Leather Symphony” contains some overpowering (in a good way) piano-filled production, in fact for the most part, the production is exemplary.

Content-wise the lyrics are varied; songs like “Big Shrimp” is very braggadocio whereas “Chunky” contains some dark humour (“They talk about you when you doing good, they’ll talk about you when you doing bad. Guess what? Let me see you talk when you’re dead”). There’s some conscious content in “Chunky” as well as in “Best American” which also mentions some conspiracy theories. In “YouAreMySunshine” there’s some reflecting on A$AP Yams’ death against the sound of a solitary piano and a thunderstorm (although to me, the military metaphor doesn’t work). There’s also an impressively-constructed hook in “Ask Courtney”, a song where Meechy Darko raps “Love hurts, ask Courtney she killed Kurt. I do a bitch like Sid do Nancy if she cheat on me first”.

Speaking of impressive, there’s some brilliant examples of a flawless rap-flow in “Chunky” and “M. Bison” and the already released “Headstone” is one of the best tracks with Meechy blessing the hook with his relaxed, couldn’t-give-a-fuck style. There’s quick mentions of Bone Thugs-N-Harmony, Immortal Technique, and a plethora of other old-school MC, album, and song references on that track. And whilst on the topic of old school, “Facts” has a late-90s vibe so I guess it’s apt that it features veteran MC Jadakiss.

On the other end of the spectrum however, there’s several songs that feel like their reaching for the radio. “Vacation” (featuring Joey Bada$$) sports a singing chorus which sounds way too Pop for me, in fact it sounds like it was purposely created for the charts. Then there’s “Big Shrimp” which contains an autotuned hook and “The Goddess” (featuring Dave B.) sports an R&B chorus as does “Trapped”. “U&I” (featuring Dia giving a very Pop intro) is another unneeded track and “Reel Girls” featuring UGK’s Bun B is a decent enough song but it too is ultimately forgettable.

“Crown” featuring rock band Portugal. The Man (giving another very radio-friendly chorus) just adds to this forced, cross-over feel. When I read that there would be a rock band featuring on this LP, I was expecting something much more “rock” (as in “hardcore”) rather than something that sounds like it should be playing on BBC Radio 2. But alas, on several songs, The Flatbush Zombies seem to have opted for a very mainstream sound.

At just over 1 hour 16 minutes long, Vacation In Hell isn’t overly lengthy but the songs just come at you one after the other without any regard to the overall album structure making it feel like a compilation rather than a bonafide LP (almost like a “Best Of” album). With 19 tracks there’s definitely too many songs here, around a quarter of which could have been removed to create a more well-rounded album. Strangely, the best tracks on this LP are arguably better than the best tracks on their debut, however since the mood and tempo fails to blend and match between tracks, as a whole, Vacation In Hell isn’t as memorable as 3001: A Laced Odyssey. In addition, if you consider the title, thematically or aesthetically the songs don’t compliment the potential concept. The sound of seagulls for instance is indicative of a beach-side holiday but it doesn’t evoke the image of hell. And considering the length of this album, this is without a doubt a long-haul vacation rather than a quick weekend break.

One of the biggest problems for me is the aforementioned overly “mainstream” sounds. Going back to 3001, that LP didn’t try to appeal to the mainstream at all, in fact there were no cross-over tracks and yet the Flatbush Zombies still performed on Jimmy Fallon and the album still made it into the charts. I understand that musicians like to switch their content and mix up their style but the R’N’B-Pop-Rock choruses here really stand out like a sore thumb amongst the clenched fist of the other orthodox Zombie joints. I’ll acknowledge that “Big Shrimp” actually grows on you but “Vacation” was best left in the vaults like Joey’s Prince-inspired “When Thugs Cry”.

Before anybody comments, I’m not against singing in Hip-Hop, as an example, take a listen to Rich The Kid’s “Too Gone” featuring Khalid, the hook is catchy and it is without a doubt the best song on the album. Singing has to add something to a song other than being present just to appeal to a wider audience. Sadly, that’s exactly how every R’N’B track here sounds (or as RZA once called it “Rap and Bullshit” – a perfect description of some of the sounds on this LP).

Don’t get me wrong, Vacation In Hell is a solid album in a lot of ways however the problems are obvious; aside from all the Pop content, it doesn’t flow from beginning to end like their previous offering which is a big problem when you’re judging this as a complete project. The LP would definitely benefit from reworking the track order and removing the weaker content. The album does at least end with a typical “emotional last track” titled “The Glory” featuring Denzel Curry giving an impressive delivery.

The standout tracks are “Hell-O”, “Headstone”, “Facts”, “Ask Courtney”, and “Proxies” and that’s a decent amount of memorable songs. But, regardless of how many superb tracks there are, there’s still a feeling of this release being bloated especially when you listen to it from beginning to end. This is very unfortunate since there’s some great songs here, and thankfully because of the strength of those particular joints, this is an album that I will play for months to come, I just wish it wasn’t so…