What Went Right With… The World Is Mind by KRS-One? 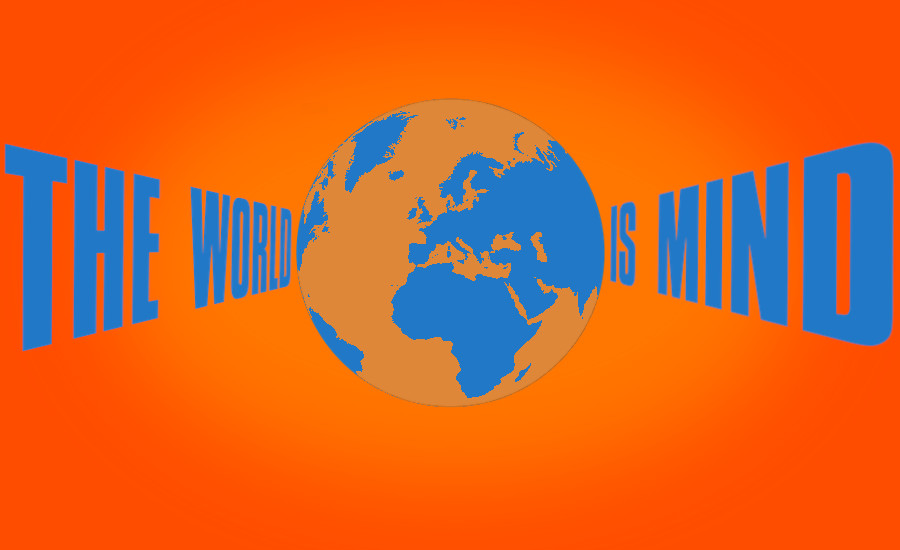 ‘The World Is Mind’ is the latest album by KRS-One after 2015’s ‘Now Hear This‘. This, his thirteenth studio album which dropped on May 9th doesn’t disappoint, in fact after listening to it I can say that Kris Parker keeps going from strength to strength. It’s great to hear a veteran of the genre still making genuine Hip-Hop music that’s impassioned, emotive, and enjoyable.

‘The World Is Mind’ is jam-packed with relevant and meaningful lyrics, this is the kind of Hip-Hop that’s been missing from the contemporary music scene; an MC that isn’t afraid to say what’s on his mind, commenting on modern life, ranging from the politics of music to the politics of government. Sadly this is the kind of music that’s fast becoming scarce within mainstream broadcasts, from radio to television and everything in-between.

The only thing that holds this album back is the production in a few songs and a few of the choruses. Some tracks despite having great verses are let down by their choruses, ‘Show ‘Respect’ and ‘My Dreams’ are very simplistic for instance, ‘RAW B.E.A.T.’ and ‘Keep Flowin” both have great sentiments but the hooks again are a bit disappointing, the latter even sports a slightly corny chorus in comparison to the rest of the song. Some of the production also lacks that extra “oomph” to make it a truly memorable track, partly due to the fact that some of the beats sound like something from the last decade. ‘You Like Me’ sounds like the days of 50 Cent’s first LP, ‘No Problems’ also sounds like it’s from the early-to-mid-noughties (but I have to admit that the latter is still catchy).

In terms of lyrical content however, this album is outstanding, KRS brings a veritable bounty of meaningful rhymes. He raps about all the current national and international issues affecting society, for instance he speaks about the American presidency in the song ‘You Ain’t Got Time’ saying “The President is endorsed by the Klan” adding “I didn’t vote for the President or Hillary”. ‘Same Shit’ is a fantastic song where he outlines that there’s no difference between commonly-assumed opposing nouns saying “Good cop, bad cop, they’re one and the same” and “Democrat and Republican; that’s the same shit”. Just take a look at this verse as an example of the Blastmaster’s refreshing political stance…

“Terrorists and governments play the same game, banks and big business take the same blame. Open your brain, the Klan and cops are the same, slave quarters, blocks, and prison blocks are the same. They’re only separated by name, overrated by [fame], what’s in a name? A colonist is the same. People can’t really see it because they’re blocked by a name, but really Nazi Germany and your block is the same. Wall Street and Main Street really that’s the same street, drug talk, corporate talk, really that’s the same speak”

‘You Like Me’ is a song where KRS tackles dumbed-down citizens and easily-led sheep. The chorus goes;“As long as I’m dancing, acting, or rapping, walking around like I don’t know what’s happening… you like me. If I’m talking about drinking and nothing ’bout thinking, as long as I’m high and I never ask why… you like me”. There’s some great lyrics which speak about various post-millennial issues, just peep these lines; “Black people fighting amongst themselves that’s the problem, white people fighting amongst themselves that’s the problem. US foreign policy is simply just bomb ’em, rebels against their own government the US arms ’em. Then when things get out of hand, yeah they try to calm ’em, more money, more diplomacy, just charm ’em. If that doesn’t work then they move to Osama, turn ’em into a terrorist so they can disarm ’em. Due to corporate media we don’t stand a chance, but too many people want [is] to just stand and dance”.

KRS also speaks about the current state of Hip-Hop saying “Let me make this really clear they are not us, all these wack Twitter rappers I do not trust, they will pull out their gat but they will not bust” in ‘Show Respect’ and in ‘You Ain’t Got The Time’ he raps “We’re off course believing the hype, honesty we ignore but that deceiving we like, these rappers are corny but you like “he alright”, you lying from the pulpit, you ain’t got time for this bullshit!”. ‘Fuck This’ featuring K.O.D. features some anaphora and a bit of an alliteration, proving that KRS-One has lyrical skills as well as lyrical content. The song sports great production that’s simultaneously head-nodding and rabble-rousing and it also has a good chorus to boot.

Whilst on the topic of production and sound, ‘Keep Clicking’ featuring Shai contains a contemporary beat that incorporates ethnic African vocals. The lyrics which incorporate the click consonant found in some African languages (predominately from Southern African countries) is done brilliantly and it adds to the song without sounding like a gimmick. I haven’t heard a pro-African Hip-Hop track since dead prez’ ‘I’m A African’ back in the day. And speaking of back in the day, the song ‘Out For Fame’ references the classic song of the same name from KRS’ self-titled 1995 album. This joint even recycles some of the old lyrics, and despite the fact that I prefer the original version, this is still a decent song which speaks about graffiti, one of the integral but sometimes forgotten elements of Hip-Hop culture.

The album closes with ‘The World Is MIND’, a great song that sounds like a parable. There’s a narrative about two men each laying in hospital beds, one near a wall and one near a window, the man next to the wall longs to be near the window. Without giving anything away I’ll say that the song has a great ending (just listen to it below). Using the title track as the final song is a great way of ending this fantastic LP and KRS finishes by saying the title… “The World Is Mind”.

KRS-One is always political, that’s part of his persona and personality and that in turn translates to his music. So despite this not being a fully-fledged political album, it still is because KRS made it. The thing that makes this album better than other recent Political Hip-Hop albums, say Joey Bada$$’ ‘All-AmeriKKKan Bada$$‘, is the fact that the topics in ‘The World Is Mind’ are varied, it’s not just jumping on a particular bandwagon, for instance solely spouting anti-Trump clichés. In addition, the politics here aren’t simply concerned with a one-sided perspective, for instance Joey’s “Three Ks and two As in AmeriKKKa” line (the Ku Klux Klan and African Americans) suggests that white and black people are the only races that make up America, and that the only people being oppressed are those who are black, however with KRS’ album he is much more inclusive bringing in anti-establishment views without singling out certain demographics. Sure there’s tracks such as ‘Hip-Hop Speaks From Heaven’ (concerning black musicians that have passed) but there’s many songs that appeal to a wider audience, something that ‘A.A.B.A.‘ was missing in my opinion.

The stand-out songs are ‘Show Respect’, ‘Keep Clicking’, ‘Fuck This’, ‘You Ain’t Got The Time’, ‘No Problems’, ‘You Like Me’ and the title track ‘The World Is MIND’, but there a many others that are well worth a listen. For me, there are a few lacklustre choruses and a few too many out-of-date beats for this release to be rated higher than 8/10 but I have to say that this is an album that rarely disappoints. Length-wise this is a Goldilocks of LPs; it’s not too long, it’s not too short, it’s just right, and in terms of content, KRS always brings a left-field, anti-everything stance that epitomises and embodies Hip-Hop. ‘The World Is Mind’ is a very impressive album from the legendary Bronx MC, paying for an album like this is worth every cent; the album works as a whole and there’s individual tracks that will appeal to you depending on your mood or personal tastes. Go get it and…