What Went Right With… Imperium? 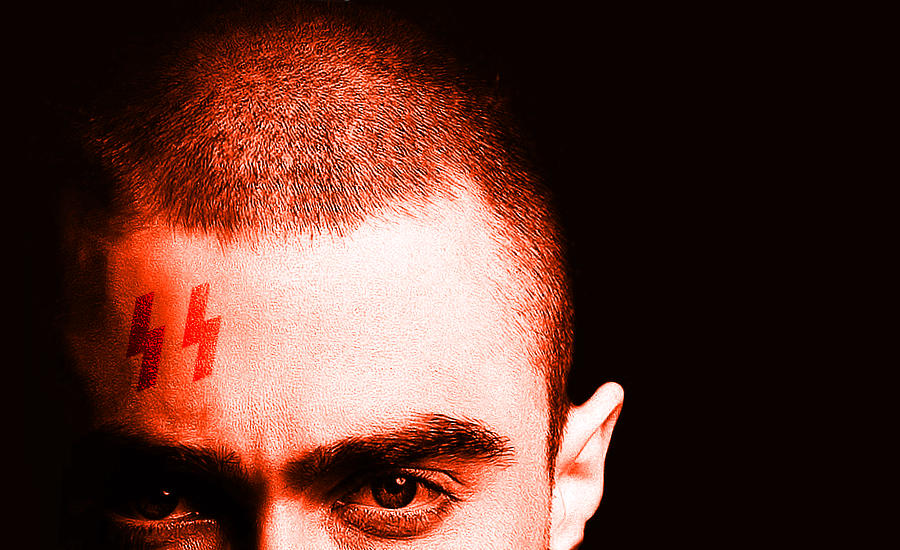 ‘Imperium’ tells the story of an undercover FBI Agent named Nate Foster who infiltrates a far right organisation in order to thwart a dirty bomb plot. Daniel Radcliffe is perfectly cast as Nate; the small, unassuming, bookish, somewhat introverted yet intelligent loner, and he is the main reason this film is worth watching. Radcliffe’s personality however doesn’t make ‘Imperium’ a fantastic film, far from it. Yes, it’s an entertaining watch, but there are quite a few problems with this movie.

Firstly, this is a film about racists, and that being the case, the script seems very reluctant to include racial epithets. Given that almost all of the film is set amongst white-supremacists, you’d think that the lines would read like a Quentin Tarantino film, but instead the screenplay feels very restrained and reserved when it comes to racist language and this detracts from the believability of the piece. Because of this, the lines spoken by certain characters feel a little unrealistic almost as if the writer had a certain quota of expletives and wasn’t allowed to exceed that amount in order to attain a certain certificate or rating. The words “spics” and “niggers” is uttered a couple of times but for the majority of the movie we have the term “mud race” which considering the lead actor involved is too reminiscent of “mudblood” from ‘Harry Potter’. The constant utterance of “mud race” or “mud people” at times seems like an in-joke or piss-take – not only is this distracting, it’s also tame given the topic of the movie.

Secondly, the film at times feels a little condescending, especially when it comes to conspiracy theories and conspiracy theorists. ‘Imperium’ basically states that if you agree with any of the opinions aired in this movie then you’re the same as a skinhead neo-Nazi which is a typically deceptive Hollywood tactic. What ‘Imperium’ does highlight however is the fact that people other than Islamic extremists exist and they are just as much of a threat – something that seems to be largely forgotten in a post War On Terror western world where a sizeable portion of the public suffer from amnesia when it comes to white terrorists such as Timothy McVeigh or Anders Breivik.

‘Imperium’ is a film that because of its subject matter gets compared to ‘American History X’, but that 1998 film is a completely different beast, this movie isn’t really nuanced and it doesn’t successfully show the reasoning for extreme points of view. In some ways ‘Imperium’ is a pro-FBI, authority-promoting film – look what a hard job the Federal Bureau does! In that respect, the white supremacist stuff is almost irrelevant, it could have been any fringe movement or extremist group. This is a clear-cut good guy vs. bad guy Hollywood release, and the good guys aka the FBI are portrayed in a completely biased way. This of course is understandable since it’s based on a story by Federal Agent Michael German, but because of the source material, ‘Imperium’ is essentially propaganda. If you read alternative media or study conspiracy theories, groups such as the CIA or indeed the FBI are on many occasions either complicit or they act in very unscrupulous ways (at least according to non-mainstream journalists). But in ‘Imperium’ the Federal Bureau Of Investigation is portrayed as squeaky clean; they do things by the book, they’re never guilty of entrapment, they never spy on the innocent – the FBI are always working tirelessly to protect us in a completely law-abiding and non-violent way.

As the credits and poster state, ‘Imperium’ is “inspired by real events” which in Hollywood-speak means it isn’t a true story at all. Apart from the fact that German infiltrated a far right white supremacist group, the rest is pretty much fiction, and taking that into account this movie could have been much more gripping. There are of course moments that are slightly riveting like the scene where Chris Sullivan’s character asks Daniel Radcliffe how he feels about infiltrators. That along with Nate’s hidden laptop scene is a tad tense, but not enough to be a genuine nail-biting thriller. The score by Will Bates adds to the mood but overall ‘Imperium’ isn’t quite as gripping as it should be. In addition, past the half-way mark and you can pretty much predict which of the characters is the red herring, why the Geiger counter is alerting Nate to the wrong suspect, and more importantly which character is the one with the dirty bomb. This predictability is another reason that this film falls short of being a completely satisfying thriller.

Plot and tone aside, the acting and the actors are the main reason that ‘Imperium’ is an enjoyable watch. Daniel Radcliffe once again proves that he’s a great talent, there’s also the ever-reliable Toni Collette, and actors like Chris Sullivan give a touch of believability with his intimidating portrayal of a white-supremacist leader. There’s also the timid and relaxed Sam Trammell who gives a bit of a Bill Paxton-esque performance.

All of the criticisms aside, ‘Imperium’ is still a decent watch especially for fans of Daniel Radcliffe who is brilliant in the lead. This film may not successfully thrill or ask pertinent questions about society or law, but it’s still entertaining. If you can get past the bias, if you ignore the slight hollowness of the story, if you overlook the politics and you look at ‘Imperium’ solely as entertainment, it’s watchable and it’s enjoyable.