What Went Right With… Makin’ Enemies by K-Rino? 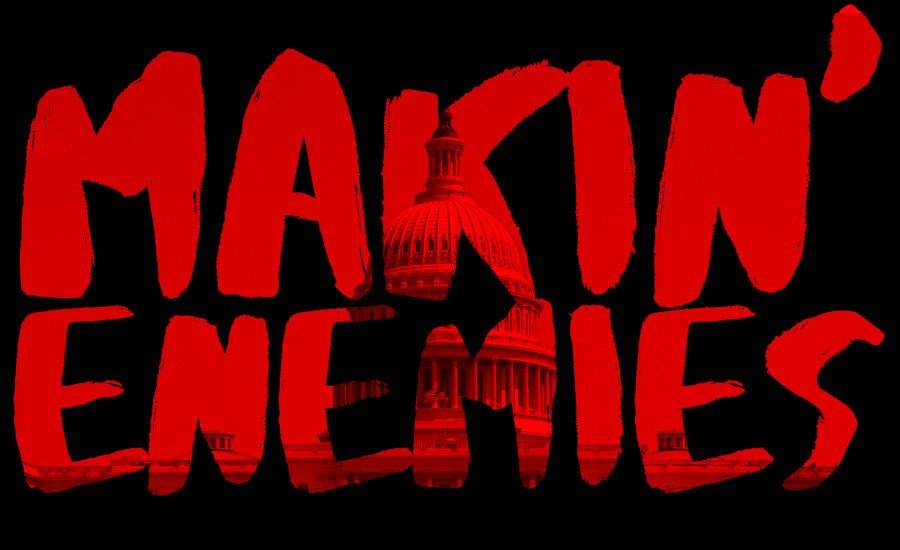 I always write reviews and mention who’s underrated, who’s underexposed, and who’s relegated to the underground, but when it comes to K-Rino all these descriptions would be an understatement. K-Rino is probably the most underrated and underexposed Rapper of all time, in fact he’s so underground that he’s under the underground. K-Rino who admirably perseveres with his non-populist political views, his unashamedly religious and sometimes philosophical lyrical content, has been outright ignored by the Hip-Hop genre which is unfortunate since he’s one of the most talented and ferocious Rappers of all time.

Making music since the eighties, K-Rino’s lyrics, flow, and delivery have all strangely become better year on year, and his 2015 album “Makin’ Enemies” is one of his best. Sometimes his lyrics can be marred by sub-par production (which is another reason why he’s so underrated) but with “Makin’ Enemies” this is less of an issue. Sure there’s some uninspired production here and there but there’s some decent beats too and of course K-Rino brings his trademark, heart-felt, politically-charged lyrics on every single track. Check out the opening song “Makin’ Enemies” for his flawless flow and listen to “Written In Blood” for his exposure of of the United States and the European Caucasians’ history of Imperialism, violence, and prejudice.

Tracks like “Makin’ Enemies”, “Head Punches”, and “Enigma Class” are all songs with a relentless, battle-style lyrical onslaught with K-Rino spitting some hilarious Muhammad Ali-style one-liners; “You’re not a star, you’re an asterisk” (from “Enigma Class”), “You’re so boring, you could make a dude in a coma yawn”, “You’re house [is] so filthy you could sweep the rug under the dirt”, “Your respect is so low that your yes-man even tells you no”, and “After I beat you to death, I might just beat you back to life” (from “Head Punches”).

The album also includes songs like the political “Talk Like This”, the post-apocalyptic “Artificial Existence”, and the aforementioned “Written In Blood” and each of these joints are bleak but brilliant anti-establishment Rap tracks that will please any fan of Conscious Hip-Hop. “Everybody’s Hard” is also a great song with K-Rino poking fun at people who seem to be all talk but no action and there’s also “Where The Love At?” in which he muses on why underground artists remain at the bottom of the pile. Then there’s “The Burden Robe” which is just a fantastically poetic song that’s akin to a Science-Fiction Horror parable or something straight out of The Twilight Zone, and although this song is very reminiscent of Killah Priest’s “Deja Vu”, you’ll be hard-pressed to find a Hip-Hop track with content like this anywhere in contemporary Hip-Hop.

With K-Rino’s rapping evolving and improving with every album he makes, this his latest LP contains some of his best work, but that being said there are still some so-so beats especially around the mid-point of the album. If he ever makes an entire LP with production like “Panoramic” (less rapid snares and more steady, head-knodding beats) K-Rino will eventually make a perfect album which will finally do justice to his brilliant lyrics. For now though, this is his most consistent release to date – go get a copy and support real Hip-Hop.