What Went Right With… A Piece Of BLAKK by Que Hampton? 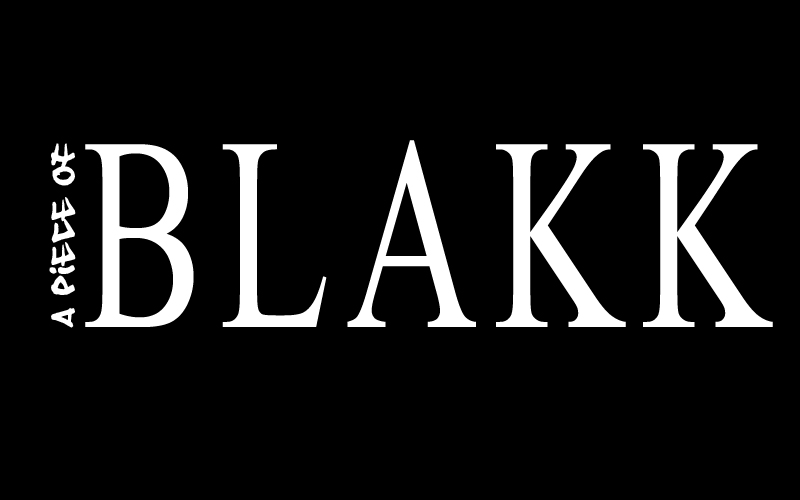 Those who’ve heard Que Hampton on various collabos with Bishop Nehru, have been waiting patiently for a solo effort, and although the album “The Chosen One” hasn’t yet dropped, thankfully a mixtape titled “A Piece Of BLAKK” has been released.

The mixtape has a distinctly early-to-mid nineties vibe, and this old-school Hip-Hop sound seems to be a popular choice these days in the emerging East Coast underground. Tracks like “BLKKOUT” (produced by 6th Boro) with its thumping beat against a sinister piano are an example of this, and fans of nineties Hip-Hop will think some of the production sounds like something from around 1994. This aesthetic is carried on throughout the mixtape with songs like “ADINA” sporting a vinyl crackle and “Lazy Boi” featuring some old-school Jazzy production. “Wake Up” produced by Dougy also reminds me of nineties Trip-Hop, with its completely relaxed and moody soundscape. This track along with “Still Dreamin’” (also produced by Dougy) features a slow, dreamy production reminiscent of something by Portishead… and speaking of Portishead, “Dead In The Street” includes a KRS-One vocal sample and also a sample of “Sour Times” by the aforementioned downtempto band.

The stand-out track for me is “Still Dreamin'” which features great production, some socially conscious lyrics and a great chorus; “All my people getting to the money now, but they ain’t really worried about their well-being, shit I just think it’s funny how, what’s in front of your face is what you’re not seeking”. That being said, “A Piece Of BLAKK” does include some misses, sometimes the above average lyrics are slightly let down by the below average choruses which on “RoundN’Round” consists of a bit of bad singing. The song “Trouble (Distorted)” (which is another slightly sinister sounding track courtesy of 6th Boro) has one of the most forgettable choruses which ends without successfully rhyming. Then there’s the sub-par production on “Ghost” which to me sounds a bit amateur. The beat, a weird mixture of the nineties and noughties is too weak and the finished song sounds too lo-fi. That being said, thanks to Hampton’s flow and delivery even these tracks aren’t without their merit.

Que Hampton on this mixtape has a tendency to rap lethargically, end lines abruptly or use non-rhyming couplets, and this can feel a little odd to someone who hasn’t encountered the MC before. Thanks to the rough quality of the audio recording, the mixtape can also begin to sound like a collection of freestyles rather than a collection of songs, but as a whole the tracks flow together nicely. Overall Que Hampton’s skills as an MC are quite obvious, just peep these lyrics; “18 million vacant homes yet those still homeless, don’t understand, money must really be the root of all evil, if not it’s man; it’s we that control the hand…”. “A Piece Of BLAKK” is a nice introduction to Hampton for people who haven’t heard of him, and for fans of the Rapper, this serves as a prelude to a future full-length album. With such obvious talent, I’m surprised that more people haven’t heard of him.