What Went Right With… Ragtime Hightimes by Camp Lo?

Ever since the song “Coolie High” dropped in 1996 I’ve been an ardent fan of the group Camp Lo. Once I heard their début album “Uptown Saturday Night” the following year, I’ve always felt that their style was refreshingly different. The duo’s fusing of abstract lyrics concerning sex, high-end clothing labels, and diamond heists, with Jazz and contemporary Hip-Hop, made for a unique slant on the Hip-Hop genre, and their songs were usually intertwined with 1970’s references and old-school aesthetics. Their lyrical style was ahead of their time for the mid-nineties, and their eclectic mix of the raw with the tranquil pre-dated many contemporary Artists who now seem to blend orthodox and unorthodox Hip-Hop styles with wild abandon. Because of this, Geechi Suede and Sonny Cheeba were and still are, two of the most pioneering, most gifted, and yet grossly underrated Rappers of all time. Eighteen years and a handful of albums after their classic “Uptown Saturday Night” comes their latest offering “Ragtime Hightimes”, and despite a few unexciting tracks, overall this is a rewarding album.

“Ragtime Hightimes” starts immediately without an intro, and it’s great to hear Sonny Cheeba and Geechi Suede’s trademark alliterations and their characteristic, multisyllabic, back-and-forth flows once more. The first track (“Black Jesus”) features an inviting, bass-heavy rhythm, and an angelic Classical vocal sample, and after this fantastic opening comes “Sunglasses” which is also a pleasant listen. This mellow and chilled mood unfortunately leads to the first disappointing track of the album “Its Cold”, which falls short of being a gratifying listen. “Its Cold” features the same dynamite delivery and some more amazing alliterations, but with the annoyingly repetitive and ultra-simplistic chorus (repeating the words “It’s Cold”) it makes you want to skip past this track from the get-go. “Power Man” is thankfully much better, it has a quicker, more up-tempo, old-school beat mixed with a contemporary synth and a brooding bassline. This is potentially a great song, with Geechi Suede proving he has one of the greatest flows in Hip-Hop, although at a paltry 1 minute 50 seconds, it ends too quickly for my liking.

“Sunshine” is another solid track; it’s a weird mixture of heavy bass, a late-nineties sounding synth melody, and very faint vocal samples; the finished piece is reminiscent of past Camp Lo songs such as “Army” and “Scarves”, but this energetic song leads to the second disappointment of the album. “Gypsy Notes” (featuring Tyler Woods) is too Pop-slash-R’N’B for my tastes, in my opinion the song doesn’t contain the right balance of Hip-Hop and R’N’B (like Camp Lo’s “All The Same” with Jimmy Cozier) and despite the duo providing some head-nodding verses, the chorus is too sedate and too mainstream especially after two faster and more credible songs. Thankfully things pick up with “Cold Retarded” (previously known as “X Seminar”) which is a great upbeat track with a catchy chorus that you can’t help repeating… “Woke up, counting roaches on the wall, Cheeba from the 183rd so fuck y’all…”. The song features an echoey vocal against a thumping drum pattern, and in my opinion this would have been better suited to follow on from the song “Sunshine”.

The next track “Award Winning” sounds slightly like a Timbaland influenced, early-noughties beat. It features an almost non-existent chorus similar to something from Kool Keith, but even though the production isn’t great, with Geechi Suede and Sonny Cheeba mixing up their delivery, the overall track is still pretty good. Then its back to another throwback track “Life I Love” which is relaxed and laid-back, unfortunately it’s let down by the uninspired and tedious chorus. This is then followed by “Bright Lights” which contains a soothing melody and some complimentary back-and-forth verses which takes you back to the days of “Uptown Saturday Night”. Having said this, the vibe of “Bright Lights” keeps being brought to a stand-still by the slightly Pharrell-esque chorus and this change of pace and style is unnecessary.

“You” is the third disappointing track of the album, it features a good enough rap from the pair during the verses, but the production (which sounds like someone recreating a retro off-the-hook telephone tone with an organ) is dull. On top of this we once again have repetitive lyrics and simplistic rhymes during the chorus (“You… You… You… Do… Do… Do…”) which get slightly annoying. “Mean Joe” is a change of musical styles, it features an electric guitar (or a synthesizer emulation of a guitar) but despite the Rock-Rap production trying to sound “mean”, it ends up sounding slightly corny (at least before the verses kick in). Overall however it’s a decent song. “Time” the final track of the album is then a return to the pleasant mix of angelic vocals, bass twangs, and effortless rhymes, and stylistically this matches the start of the LP, unfortunately it’s not a memorable way of ending “Ragtime Hightimes”.

The album starts gently and ends gently, and not with the same vigour as Camp Lo’s début (remember the rock-solid “Krystal Karrington”?) Having said this, there are only three tracks out of thirteen that I wouldn’t play again (“Its Cold”, “Gypsy Notes”, and “You”) and that’s not bad going. I still feel however, that there’s something missing from this LP that stops it from being the brilliant album it could potentially have been. Removing “Gypsy Notes” would have made it a tad better, but even then there’s nothing as catchy as “Luchini” or as hard as “Say Word” and “Negro League”. The best songs are “Black Jesus”, “Cold Retarded”, “Power Man”, “Sunshine”, and “Time” but there’s no stand-out track here, and there’s nothing that will make a non-believer a Camp Lo convert.

Ski who produced the majority of Lo’s début album is back for production duties, and it’s great that this trio have come together once more. Unfortunately Ski’s beats aren’t as fresh as they were on “Uptown Saturday Night”, and his overall sound for “Ragtime Hightimes” is a mix of the good and the not-so-good. Luckily any potential lulls in the album are brought out of the doldrums by Sonny Cheeba and Geechi Suede, and their collective style, delivery, and flow more than make up for any moments of mediocrity. Even though this album may not be the flawless release I and many other Camp Lo fans wanted, it’s still a great listen, and amidst the plethora of Trap and Hip-Pop songs out there today, Geechi Suede and Sonny Cheeba show that there’s still a space for their unique brand of old and new-school Hip-Hop.

What Went Wrong With… Covid Passports? 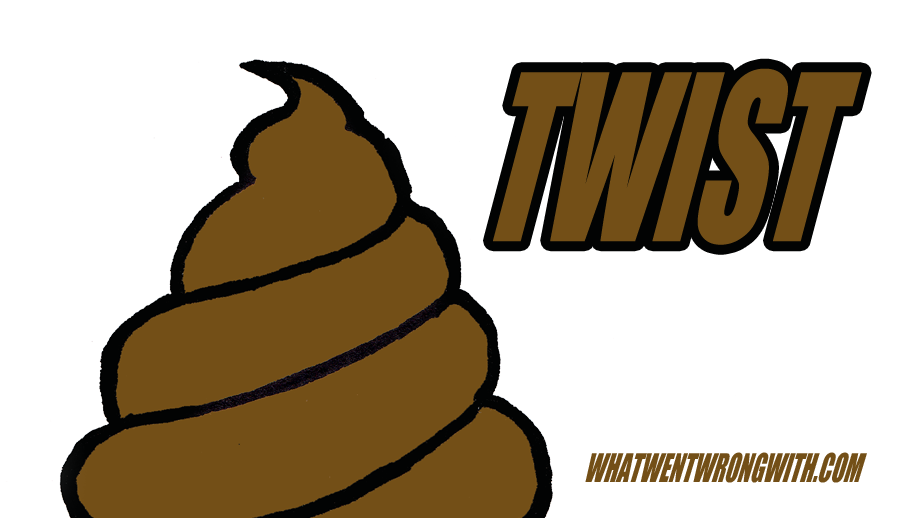