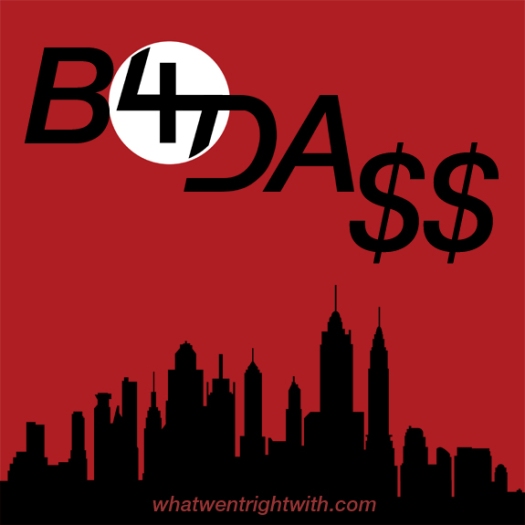 With the sound of a crowd cheering for Joey Bada$$, the opening of “B4.Da.$$” is an apt way to start an album that fans have been looking forward to for several months. With numerous release dates followed by numerous delays, the LP has finally been released; and for the most part “B4.Da.$$” is an enjoyable listen.

Joey along with the other members of Pro Era have made their careers by creating a neo-nineties rap style which has brought us a renaissance of the Golden Era. For his debut album, Joey seems to have opted for an early nineties Jazzy Hip-Hop sound for the majority of this album. With the first track “Save The Children” incorporating a jazz horn sample, this mellow sound is indicative of what’s to follow, so if you were expecting wall-to-wall block-thumping tracks like “My Yout” or angry raspy vocals like “95 Til Infinity”, you might be disappointed.

“B4.Da.$$” is a lot more unassuming than you would expect for a début album, and although “Save The Children” is a pretty decent song, when this is the first track from the first official release from your entire clique, you want to open hard like Black Moon‘s “Powaful Impak”, not with something modest like this. And you definitely don’t want to follow your opening track with an unneeded interlude-cum-skit like “Greenbax” (introlude). Unfortunately this is the start of “B4.Da.$$”, but thankfully the mood picks up with the next song.

“Paper Trail$” is produced by DJ Premier, and although this isn’t Primo’s best work (especially with the long wail in the back) Joey makes up for it with his lyricism which speaks about people’s hunger for money and the construct of our capitalist society. “Paper Trail$” probably includes the most meaningful of Joey’s lyrics on the album with lines like “before the money there was love, but before the money it was tough”. Being a fan of the Golden Age, Joey also interpolates Wu-Tang’s “C.R.E.A.M.” with the line “Cash Ruins Everything Around Me”.

Then comes “Piece Of Mind” which at first sounds pleasant enough, but when you get the second half of the chorus with the “…we only see what we knoooow” line, you find yourself reaching for the “Next Track” button. With the background vocals sounding annoyingly Hipsterish, and with an unneeded outro; “Piece Of Mind” was probably better left off the album, but at least it leads to a better track.

“Big Dusty” produced by Kirk Knight sounds grimy and underground with the eerie piano sample and the “check my style, check, check, check it out” mid-nineties sounding chorus. We’ve already heard this song but it does have a new vocal overlay which leads to the new song “Hazeus View” (also produced by Kirk Knight) which in my opinion is the stand-out track of the album. With its piano sample and throwback drumbeat, the song keeps your head nodding. The sound of “Hazeus View” is faithful not only to the nineties but to the Capital Steez era of the Pro’s, and with the catchy choruses, these are two of the best songs on the album thanks to Kirk and Joey’s complimentary beats and rhymes.

The hopeful vibe then dips for a while with the song “Like Me” which goes for a mellow feel once more. Even though it has a hint of singing, it isn’t as bad as “Piece Of Mind”. That being said, it is still a bit dull, but thanks to the next track things begin to look up once more.

“Belly Of The Beast” is more like it; a nice mixture of contemporary and nineties sounds thanks to Hit Boy’s bass heavy, yet almost drum-free synth track and echoing reggae elements. Chronixx adds a complimentary Caribbean ingredient with his verse, a bit like Twanie Ranks did with Boot Camp Clik back in the day.

This buoyant mood leads nicely to “No. 99” which sports an overtly Golden Era sound. The song feels like Tribe Called Quest’s “Scenario” with its constant cymbals, and even though we’ve heard this track recently, there’s no denying that it’s a great song. “No. 99” goes to show that Statik Selektah really knows how to conjure up memories of great Hip-Hop from the early-to-mid nineties.

Next up is “Christ Conscious” which is another song that’s previously been released. Even though it’s quite short, it still bumps like the classic Das Efx track it references. My only criticism is that Joey could have maybe added another verse and extended the track for the album; given that most people have already heard it and the fact that it follows an equally short song. A wasted opportunity since this was one of the most animated tracks on the album.

“On & On” (another track that’s already been released) then goes back to the mellow sound, and after two or three thumping songs, at this juncture in the album it feels too early to bring in a relaxed track with Maverick Sabre’s smooth, Eagle-Eye Cherry-ish vocals. “On & On” feels like the kind of song that used to ease the listener into the last few joints of a Hip-Hop album had it been the nineties, but having said that, this is another pleasant listen and stays true to Joey’s aural aesthetic.

Unfortunately “On & On” is followed by “Escape 120” which is a weird-sounding offering with a double-time beat and a mostly slow delivery. With some more faux singing courtesy of Joey Bada$$, it’s the kind of thing which we all hope Joey and Producer Chuck Strangers would stop making. This kind of track is neither radio-friendly nor is it something which appeals to his original fans, and with Atlanta’s Raury bringing his sped-up, spoken word-esque verse to the mix, it firmly places this track into a gentrified Brooklyn; something only a coffee drinking, vintage clothe wearing Hipster would play.

Thankfully the next track is better, but again “Black Beatles” produced by Chuck Strangers with a distorted yelp is another slow song. The melody makes for a strangely depressing feel, and although a pretty decent joint, with Joey’s underwhelming chorus it feels like yet another lethargic effort.

“O.C.B.” then confirms Joey’s propensity for the mellow rather than the hard. It’s a good enough song, but with four back-to-back sleep-inducing tracks at this point, the tone begins to drag the album down. The final song is “Curry Chicken”; another track already out there to stream, but despite this being another meek song it is definitely a more satiating listen thanks again to Statik Selektah’s production. Having said this, with Joey’s new preference for an uncomplicated delivery and flow, this song sounds too relaxed for a album closer; “Curry Chicken” is not a great way to end the regular edition of “B4.Da.$$”, especially since most of us have heard this song before.

The bonus tracks on “B4.Da.$$” include the easy-going “Run Up On Ya” and Elle Varner’s Faith Evans-style vocals make this song sound like a radio-friendly release from the tacky side of the nineties making this penultimate song more Bad Boy than Duck Down. With Action Bronson’s standard Ghostface-esque rap, “Run Up On Ya” sounds more like the kind of Player/Mafioso Hip-Pop we’d all rather forget from that period. This track however, is not as bad as the downright nasty and horrid bonus track “Teach Me How” featuring Kiesza. We’ve already heard this song thanks to Zane Lowe’s radio show, but once you’ve heard it you wished you hadn’t. Kiesza’s other collaborative track with Joey Bada$$ (“Bad Thing”) was better, but unfortunately for Joey, he’s been left with the worst of the two collabos. “Teach Me How” is the most disappointing closing to what was already a less than impressive first album. Switching up styles from jazzy to an almost offensive Outkast-esque Pop-friendly sound is not how you stay on the right side of credible, especially if you’re allegedly representing “Real Hip-Hop”.

Because many of these songs have already been heard, “B4.Da.$$” is an example of what happens when an album has too many prior releases and performances; it’s hard to objectively hear the complete work once the finished product is officially out. The fact that we’ve already heard at least a third of the songs, this has had a detrimental effect to the album. Had some of the tracks been extended or remixed, had the tracklist been jigged around, had it not closed with the weakest and most embarrassing song of all, “B4.Da.$$” would be much more appealing. Maybe the album should have closed with something like “Black Beatles” rather than some lame Hipster-Hop.

With Barack Obama’s daughter seen wearing a Pro Era shirt, like it or not this once underground clique is now drifting toward popular culture. Hopefully it can travel there without selling out. Thankfully, despite two tacky tracks, “B4.Da.$$” sticks to a credible Hip-Hop soundscape. With a slew of horrid album releases lately, “B4.Da.$$” is one of the better albums out there, but by incorporating so many placid songs and then ending abruptly with a schizophrenically fast track, once the album finishes, the listener may forget all the good that comes before the final song.

This album is far from being a crossover release, but with around half of the tracks sounding strangely mild, and the other half already released in some form, B4.Da.$$ is not the flawless “classic” that many hoped it would be. Joey’s début album isn’t too dissimilar to his mixtapes, and unfortunately it doesn’t feel as though it’s surpassed something like “Summer Knights” in terms of content, structure, lyricism, and even album cover. That’s not to say that “B4.Da.$$” is a complete disappointment, there are at least twelve good tracks on there. It’s just unfortunate that this will be the first time a large section of the mainstream will hear Joey Bada$$ and Pro Era, and with tracks like “Escape 120” and “Teach Me How” included on the tracklist, it isn’t a perfect showcase of Pro Era’s skills as musicians, or a perfect example of underground Hip-Hop.