What Went Right With… Cellar Door: Terminus Ut Exordium by The Underachievers? 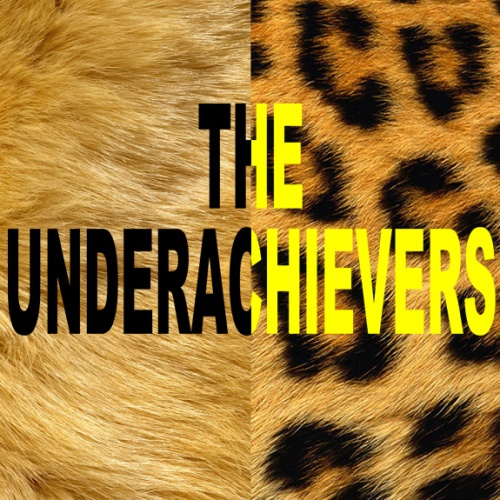 Unlike many of their contemporaries who seem to fall off after a promising mixtape, The Underachievers have remained true to themselves. Since their “Idigoism” mixtape back in 2013, fans have waited a year and a half for a full-length album and thankfully UA’s latest offering does not disappoint. “Cellar Door: Terminus Ut Exordium” is a breath of fresh air in the stagnant world of commercialised Hip-Pop, and with its New Age lyrical content and ethereal production; this album is one of the first to buck the trend of contemporary Hip-Hop.

The album begins with “Luminescence”, an opening song that sports a great rapid fire flow which is fused with an almost gentle melody and rhythm; a great juxtaposition which sets a trend for the rest of the album. The second joint “Chrysalis” has been out for a while, with its “Diary Of A Madman” style angelic vocal sample, it adds a hint of ominous mystery. The lyrical content of “Chrysalis” is an example of UA’s opinions and mindset which I’m glad to say remains consistent throughout the whole album:

“Came up from the gutter, the timer was synchronized, With the human evolution, we messengers of our time. They intruding our medulla with foolish illusive lies, In this revolution of weapons, we using minds”

The production on the album isn’t exactly earth-shattering, but more often than not, it befits the concepts brought to the table by The Underachievers. The track “Radiance” with the panpipes and rapid-hat production by Statik Selektah makes for one the better produced tracks on the album, and this is followed by “Caprice” which in my opinion is the stand-out track of the album; brilliant production and brilliant distorted vocals with the hard “Knock ‘Em, Knock ‘Em, Knock ‘Em” chorus bringing a menacing hardcore addition to the overall record.

The only criticism I would add is that tracks like “Incandescent” with its low-pitch snares, and the track “Sonorous” sound slightly conventional within contemporary Hip-Hop and “Incandescent” especially features a flow that’s a bit too trappy. The album however gets back on track with the next offering “Metropolis”. With the abrupt slow chorus courtesy of Issa, and AK’s fast flow verses, the two perfectly compliment each other, and with lyrics like “Death to the radio nigga, this is where that saga ends” the mantra of Issa and AK is carried forward through into the next half.

Next up is “Nebulous” with its light and airy fluty production and this is followed by “Ethereal” and “Quietscent” which both have a mellow feel. These tracks perfectly slow down the album before the even quieter “Felicity”. In fact, the quieter soundscape during the close is a perfect balance to the enlightened and spiritual lyrical content that follows, and despite the final track “Amorphous” sporting a Pop-esque chorus, the lyrics and sentiment more than make up for it.

For most listeners, Eastern Philosophy, the ideas of chakras, the dream argument, astral projection, telepathy, hallucinogenic drugs, reincarnation and other New Age and pseudo-scientific concepts may be too left-field to be considered mainstream Hip-Hop. Indeed even the word “Pseudo-Scientific” suggests that the masses cannot accept something without it first becoming tried and tested. Similarly this album from the Indigo duo may be above the heads of most Radio-led sheep, but I urge the rest of you to put all those lames aside, and listen to some Real Hip-Hop for once. If you’re someone who’s sick of all the mainstream garbage that’s out there, get a copy of this (and download the “Indigoism” mixtape if you’re new to these two). Finally we have an album without the contrivances of contemporary Hip-Pop; no bling, no bitches, no brands. Just great music… Oh, Lord!