What Went Right With… The Real McCoy? 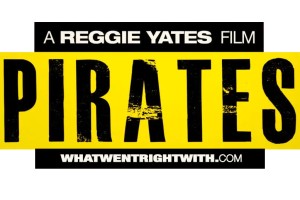 Along with movie soundtrack samples, Hip-Hop artists (along with Grime, Garage, and Dance musicians) have all sampled TV theme tunes and made some classic music in the process. Here’s my list of the best Hip-Hop tracks that make use of televisual sampling… 20 “Countdown” (sampling Countdown) By Young […]

Michael Jackson was one of the most talented artists of all time. From his Motown days with The Jackson 5 to his solo stuff with Epic records (and even his time at Sony) no other musician’s discography is filled with such varied and original music. Often called the […]

I must confess, I haven’t read Frank Herbert’s 1965 novel Dune. If someone says the word “Dune” to me, all that comes to mind is the complete mess of a movie by David Lynch. Having only seen the 1984 film, I wasn’t looking forward to another adaptation, but, […]

Flashback is such an underrated film. When I saw that it had a 55% score on Rotten Tomatoes, I had to write about. Also known as The Education Of Fredrick Fitzell, this movie seems to be the Marmite of contemporary cinema; you’ll either love it or hate it. […] 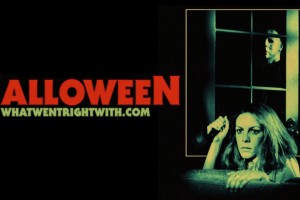 John Carpenter’s Halloween is a horror classic. Sometimes incorrectly credited as the first slasher movie (Black Christmas beats it by 4 years) Halloween is still genre-defining. Its popularity directly lead to all the Friday The 13‘s and various other “killer versus teenagers” flicks popular in the 1980’s and […]

Delayed by creative differences, then by Covid-19, seeing a change of director, not to mention a couple of re-writes, No Time To Die could either be a turd that’s been over-polished or a film that’s been honed and perfected. If you remember the last film in the franchise, […]

What Went Right With… ‘Til Tuesday?

A strange thing happened to me last year. During the first Coronavirus lockdown, I decided to watch movies I hadn’t seen and listen to music I’ve never heard. Randomly going through YouTube and Spotify one day, I came across ‘Til Tuesday, a new wave pop band from Boston, […]

Who’d have thought that in the same week I’d dislike a James Wan movie and like a Gerard Butler film? I’m no supporter of ol’ Gerry, but Copshop is an enjoyable B-movie action-comedy whoever you’re a fan (or not a fan) of. The plot of this picture goes […]

What Went Right With… Shang-Chi And The Legend Of The Ten Rings (2021)?

Correct me if I’m wrong, but it was the late-1970’s when Hollywood first made a big-budget superhero movie (Richard Donner’s Superman). At the close of the 1980s, we then had Tim Burton’s Batman, and in the 1990’s we had a few more comic book movies; some big hits […]

Judging by the audience at my local cinema, most of them were expecting The Night House to be a bog-standard horror, in the vein of other typically hollow haunted house flicks. Once people realised this was something different, I think quite a few of them were disappointed, but […]

I was a big fan of People Just Do Nothing back when it came out in 2012. I remember watching the pilot on BBC Three late one night and wondering to myself why this wasn’t a bigger and more popular show. Of course, several years later, the parody […]